A Few Words About Zinc 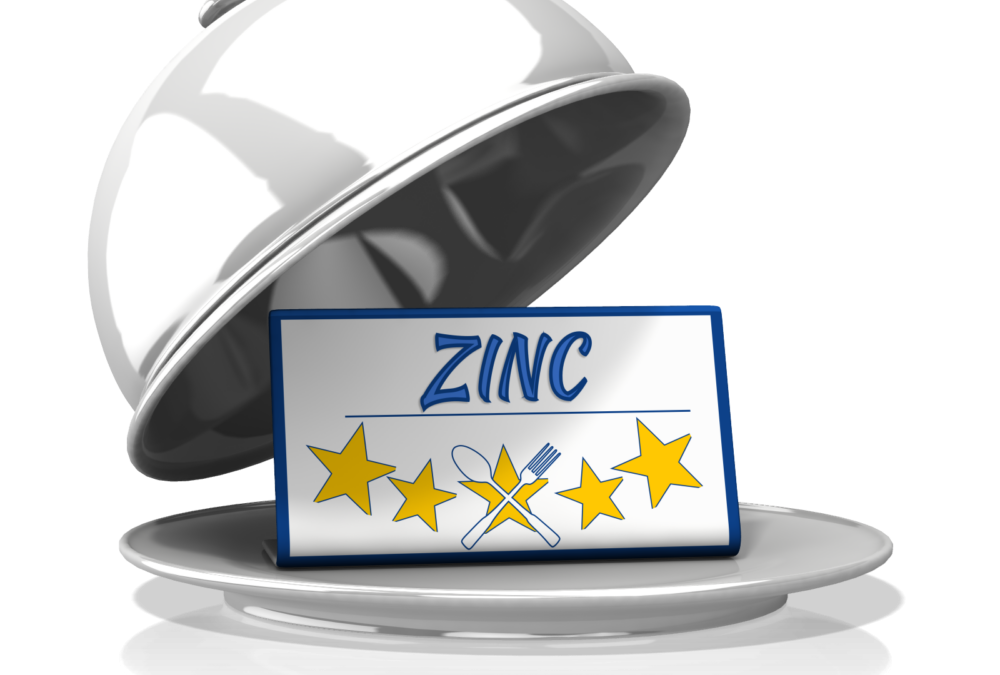 Zinc is an essential trace mineral known for its ability to aid wound healing and boost immune system function.  But recent research suggests that it may also play a role in protecting your body’s largest organ – your skin – from UV damage.

Most experts agree that in order to maintain a youthful appearance, protecting your skin from the sun is important, since ultraviolet (UV) light breaks down the extracellular matrix between your cells and accelerates the aging process. Of course, we also realize that a certain amount of sunlight is necessary to have healthy levels of vitamin D.

[The current recommendation is that people should aim to get between ten to thirty minutes of midday sunlight, several times per week.  In life, the important thing is to find the right amount for you.  People with darker skin may need more exposure.  Fair-skinned people are typically more sensitive to sunlight.  The key is to be certain you don’t burn. ]

Just as with establishing how much sunlight is healthy, with respect to zinc, it is also important to establish what is your optimal level.

Research published in the Journal of Nutrition found that a zinc deficiency in rats led to deterioration of DNA repair following damage caused by free radicals.  Too many free radicals can accelerate the aging process.

We understand that findings in rats, don’t necessarily correlate to similar results in humans, but it does warrant further study.  Particularly since a review published in Pathobiology of Aging & Age-Related Diseases concluded that, while the current evidence regarding zinc’s efficacy in this regard is limited, what data is available looks promising.

Just as a deficiency of zinc can lead to health problems, so too can an excess of zinc.  The most common effects being nausea, vomiting, stomachache, diarrhea, and headaches.  Taken over a long period of time, these can extend to creating low levels of high-density lipoprotein (HDL), also known as “good” cholesterol, or to copper deficiency, and even to decreased immune function.

Interestingly, denture creams containing zinc had been blamed as being a hidden source of excessive and chronic zinc consumption for scores of denture wearers. Patients were reporting zinc poisoning which included the aforementioned copper deficiency in addition to permanent nerve damage, as a consequence.    As of 2010, both major manufacturers of these adhesives, Procter & Gamble – makers of Fixodent, and GlaxoSmithKline – the makers of Poligrip – removed zinc from their formulas.

So how much zinc is safe?  The National Institutes of Health (NIH) recommends that adults should not exceed more than 40mg of zinc per day.  For infants under six months of age zinc consumption shouldn’t exceed 4 mg per day.  You can find the NIH consumer fact sheet by clicking HERE.

Apart from protecting your immune system by fighting off harmful cells, zinc is also thought to be beneficial for treating acne.  Its use is actually one of the most widely studied forms of acne treatment.

All things considered, zinc is a nutrient that people need to remain healthy.  Zinc is found in cells throughout our bodies because this trace mineral is required to make proteins and DNA – the genetic material in all cells.  Plus zinc helps your immune system by fighting off invading bacteria and viruses.  So, if you are not already getting enough zinc in your diet, you can find some healthful sources by clicking below.