Turn Down The Temperature! 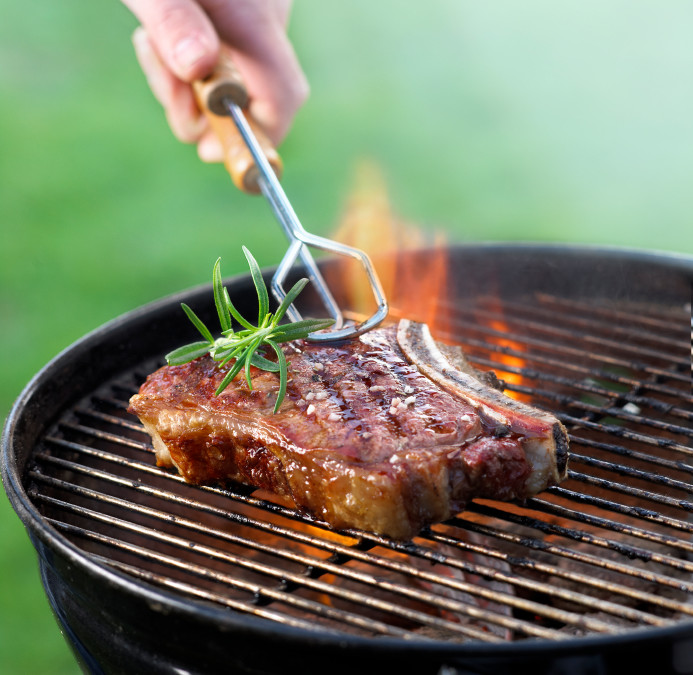 When you cook food at high temperatures, chemical changes occur, and these mutations are extremely dangerous to your health and longevity.  When you eat food cooked at high temperatures (300 degrees and up), you introduce dangerous compounds called advanced glycation end products (AGEs) and mutagens into your body.  Mutagens destroy your DNA, while AGEs set to work attacking your body’s proteins, making them stiff and malformed so they prematurely age and cannot properly function.  Subsequently, your cancer risk increases, as does your risk for obesity, diabetes, and other chronic illnesses.

Every one of your cells contains thousands of proteins that are necessary for its continued function and structure.  The AGEs formed in food cooked at high temperatures are easily absorbed by the body and lead to the formation of more toxic AGEs that attack the proteins in our cells and induce chronic inflammation, weight gain, and rampant oxidative stress.

A 2003 study published in the Proceedings of the National Academy of Sciences showed that consuming foods cooked at high temperatures accelerated the rate at which we age.  A later study published in the journal Nutrition and Cancer showed that men who ate a mere 1.5 more servings of processed meat, or just 1 serving of grilled red meat or well-done red meat, increased their risk of advanced prostate cancer by 50%!

Gender offers no protective benefit when it comes to foods cooked at high temperatures.  Researchers at the University of Minnesota discovered that women who ate overcooked hamburgers had a 50% greater risk for breast cancer than women who ate hamburgers cooked rare or on medium heat.  The Iowa Women’s Health Study likewise showed that women who regularly ate well-done meat (steak, hamburger, bacon, etc.) had a 4.62-fold increased risk of breast cancer.

High temperature cooking also forms gene-mutating heterocyclic amines—more motivation for not dipping into the deep fried foods!  These amines have been associated with an increased risk for various cancers, including prostate, breast, colorectal, esophageal, lung, and liver cancers.