There’s a new school of thought among neurologists: brain shrinkage isn’t an inevitable part of aging, and brain cells can actually rejuvenate if fed supportive nutrients. One such nutrient is taurine, an amino acid that’s been shown to stimulate brain cell growth and improve brain function in the aging brain. Recent research indicates that taurine activates “hibernating” stem cells. These stem cells then mature into fully functioning brain cells that help support cognitive function in your golden years.

Recent studies show that the unique antioxidant properties of taurine help encourage new brain cell formation. Unfortunately, taurine levels in the body and brain taper off as we age . . . just when we need them most!

An animal-based study published in Stem Cell Research showed that when middle-aged mice were given taurine, sleeping stem cells in the brain came out of hibernation and matured into different types of brain cells in the hippocampus, the part of the brain responsible for memory.

Another study published in Advances in Experimental Medicine and Biology demonstrated that when human neural precursor cells (neurons in the very early stages of development) were cultured with taurine, they generated significantly more brain cells. 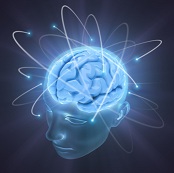 Other studies have shown that taurine increases the survival of new neurons in the brain. Neurites are like little branches that extend off brain cells to help them communicate with each other. They help support memory, cognition, emotions, and thinking. But over time, neurites succumb to stresses and toxins, leading to a decline in cognitive function as we age. Taurine may provide a solution. An in vitro study suggests that taurine can restore normal neurite growth in nerve cells that have been damaged by toxic elements.

How Taurine May Help with Parkinson’s and Depression

Scientists have determined that taurine levels are conspicuously low in patients with Parkinson’s disease. These low levels are also exacerbated by the commonly prescribed drug levodopa, which may contribute to a further decline in taurine. Some experts believe that taurine supplementation may help stabilize levels and improve cognitive loss experienced by Parkinson’s patients.

Taurine also shows promise as a possible treatment for depression, particularly in diabetic patients. Chronic blood sugar fluctuations may contribute to depression in those with diabetes. When diabetic rats were treated with taurine they exhibited improvement in depressive-like behaviors. Taurine also improved diabetes-damaged neurotransmitter function, which helped enhance short-term memory.

Meat and fish are rich in taurine, as are certain energy drinks, although the caffeine and sugar in energy drinks may nullify the positive effects of taurine. According to the Mayo Clinic, taurine supplementation is generally considered safe in doses between 500 mg and 3000 mg. Little is known of the long-term effects. Consult with your healthcare practitioner before adding a supplement to your nutritional program.